As of 2022, Comfone has been providing mobile cellular roaming technology services for 25 years. This makes this year our silver jubilee, a so-called quadrans centennial anniversary. You will be hearing a lot more about this over the course of the year.

Today though, we are going to talk about the new generation of mobile cellular technology – 5G.

Roughly every decade has given us a new generation of cellular technology. This decade will be all about the 5th Generation – or 5G as we have come to know it. So, what’s all the hype about?

A short history: from 1G to 4G 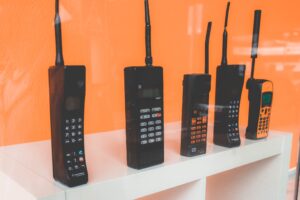 In the 1980s, 1G gave us analogue calling. This technology works for person-to-person calls as it takes an audio signal, such as a human voice, and turns it into electronic signals.

In the 1990s with 2G we had digital calling and the first iteration of data services, starting with SMS, then later on GPRS and MMS.

In the 2000s with 3G, access to the internet was added and later in the decade in 2007, smartphones along with apps were launched.

In the 2010s, 4G (or LTE) focussed on improving mobile cellular reception as well as the quality and speed of the internet access, so we could finally say that with LTE we had “broadband cellular” or “mobile broadband”.

Summarising the path from 1G to 4G, it was all about improving our customer experience as consumers, bringing about a personal communications transformation.

What does 5G bring to the table? 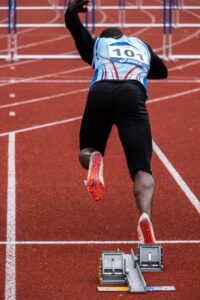 With 5G, the telecoms industry has been focusing not only on delivering more speed and bandwidth, but also on developing and delivering new network technologies and features, which will accelerate the adoption of digital transformation across all areas of society and in all enterprises worldwide.

So, what does this mean for you?

How will this change happen?

And what will the killer app for 5G be? 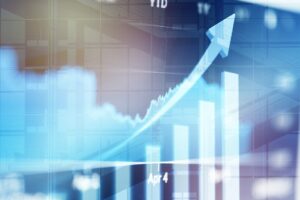 Impressive improvements have been made in the design and definition of the 5G technology by the 3GPP (3rd Generation Partnership Project), which is the industry consortium setting standards for 5G.

These new standards will give us significant improvements in capacity, throughput, latency and reliability, which combined will offer the capability to address many new use cases in and around mission-critical, massive machine-to-machine communications.

In turn, this will enable highly scalable and highly efficient IoT connectivity applications, which will ultimately transform the capabilities of businesses, cities and societies all over the world.

It’s not only all about digital transformation.

This is more than what we have with LTE, which means 5G will bring us faster internet and a higher quality user experience on our smartphones. And by the way, currently there are around 400 commercially available 5G devices on the market. 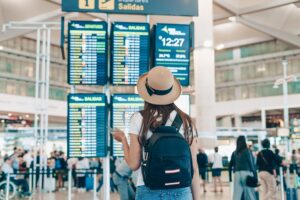 How does 5G impact the roaming ecosystem?

The existing roaming billing and settlement protocol TAP has served the industry well. But a new protocol called BCE has been developed by the GMSA to cater for the new Mobile IoT and 5G technologies.

Comfone’s BCE solution, Phoenix, is a service designed to fully support the new processes defined and standardised by GSMA. It helps our customers support the evolution of their roaming business to address the more sophisticated charging models required for 5G, IoT and M2M roaming.

The Comfone Key2roam Roaming Hub also supports roaming scenarios between 5G networks. Currently, the networks which are launching 5G roaming relations via the Key2roam Hub are so-called 5G Non-Standalone networks aka 5G NSA. These networks have deployed a 5G New Radio Network and running it over their 4G/LTE Core Network.

This means that for the 5G NSA network roaming, the signalling message exchange has not changed, it is the same as it was for LTE. Now, if I just lost you, let me explain… 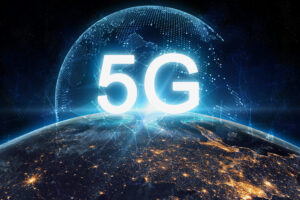 As we know, the initial interaction between two mobile networks is all about who can attach to the visited network and who cannot. By whom, we mean a person’s handset, an actual device or machine, like a car or a medical tracking device.

This interaction is called mobility management and is done by the exchange of signalling messages between the two networks – the visited network and the home network exchange messages and decide collectively which handsets and devices can attach and which services they can use, like voice, data and SMS.

So, with 5G NSA no change to signalling right?

But what happens next, after NSA?

Those network operators, who have deployed 5G NSA, will at some stage in their 5G network deployment path, replace this LTE Core network with a new, fancy and feature rich 5G Core network, so-called 5G Standalone, or 5G SA.

And with each new generation of mobile cellular network, we seem to get a new signalling protocol to go with it. Well not quite, but for the last two, 4G and 5G, we have!

Till now Comfone’s IPX Services Portfolio has had two signalling protocols to support: SS7 for 2G and 3G, and Diameter for LTE/4G networks. There is actually another one, the protocol for data roaming, GTP-c. This has remained more or less unchanged through the generations, with some minor changes, but has now been replaced with a new protocol in 5G.

Back to 5G. With 5G it was decided to adopt the internet protocol HTTP/2 as the signalling protocol. Therefore, Comfone will be adding HTTP/2 5G Roaming Signalling to our portfolio.

And on that note, I would like to let you know that Comfone is launching a Proof-of-Concept Trial with the objective of conducting 5G SA based roaming test cases. If you have a 5G SA network and are ready to test some roaming use cases, and if you would like to participate in our PoC, then please reach out and let us know.

What are the benefits of 5G? 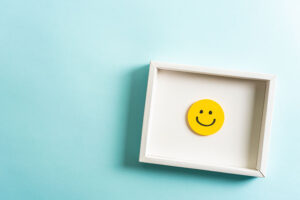 5G Roaming and Signalling will have security mechanisms built-in by default, which cover authenticity and integrity of all signalling messages. This will eliminate a broad range of attacks and fraud. This will be achieved by exchanging cryptographic keys or certificates for digital signing between all participating parties in the traffic flow chain.

5G will offer opportunities to enterprises to operate their own private networks, which will create new use cases for roaming. Additionally, with the new 5G radio specifications there was a major evolution with the integration of non-terrestrial networks including geostationary and low Earth orbit satellites. More new roaming use cases to come.

5G will offer so many new features, which will be provided by the many new network functions, which all have fancy new names converted into fancy new acronyms.

So, what will the killer app be for 5G? Other than mobile IoT and the digitalisation of everything, I’m guessing the faster connectivity will inspire entrepreneurs to create and launch the new generation of Snapchats, TikToks, Instagrams and WhatsApps.

Looking to the future

And by the way, did you know that 6G is already in the works?

But let’s first usher in the era of 5G in this decade and worry about 6G next decade. 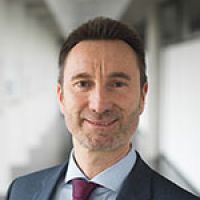 Prev25,000 connections, made simple
Goodies, giveaways and gifts: how to choose something that your customers will loveNext

Do more with less: how Roaming Managers can gain global coverage 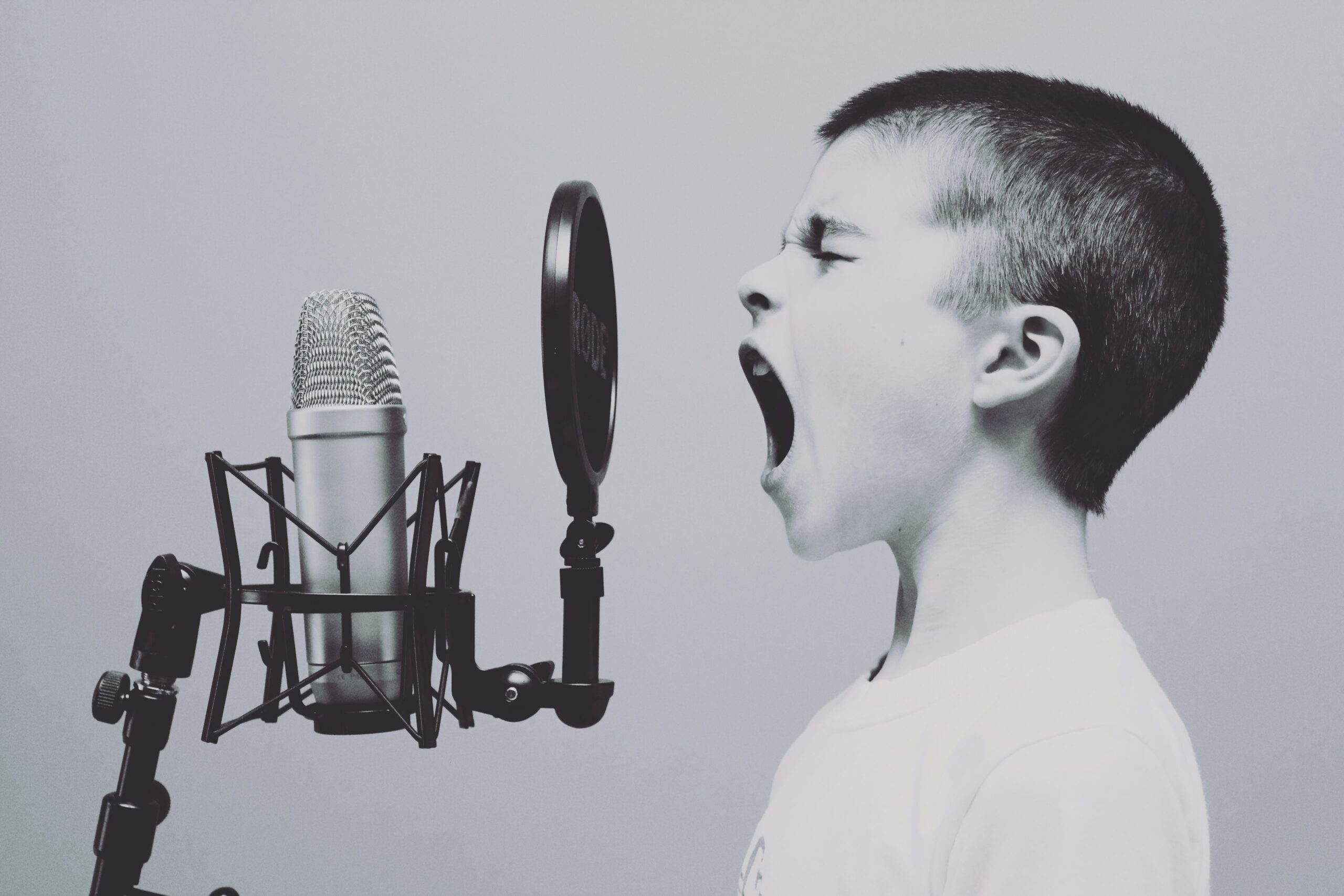 Unmute your silent roamers: how DMS can bring you more revenue 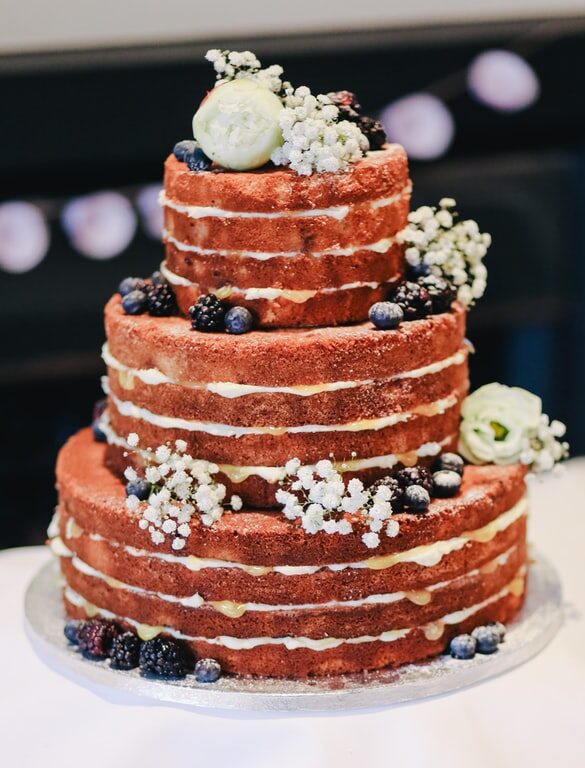 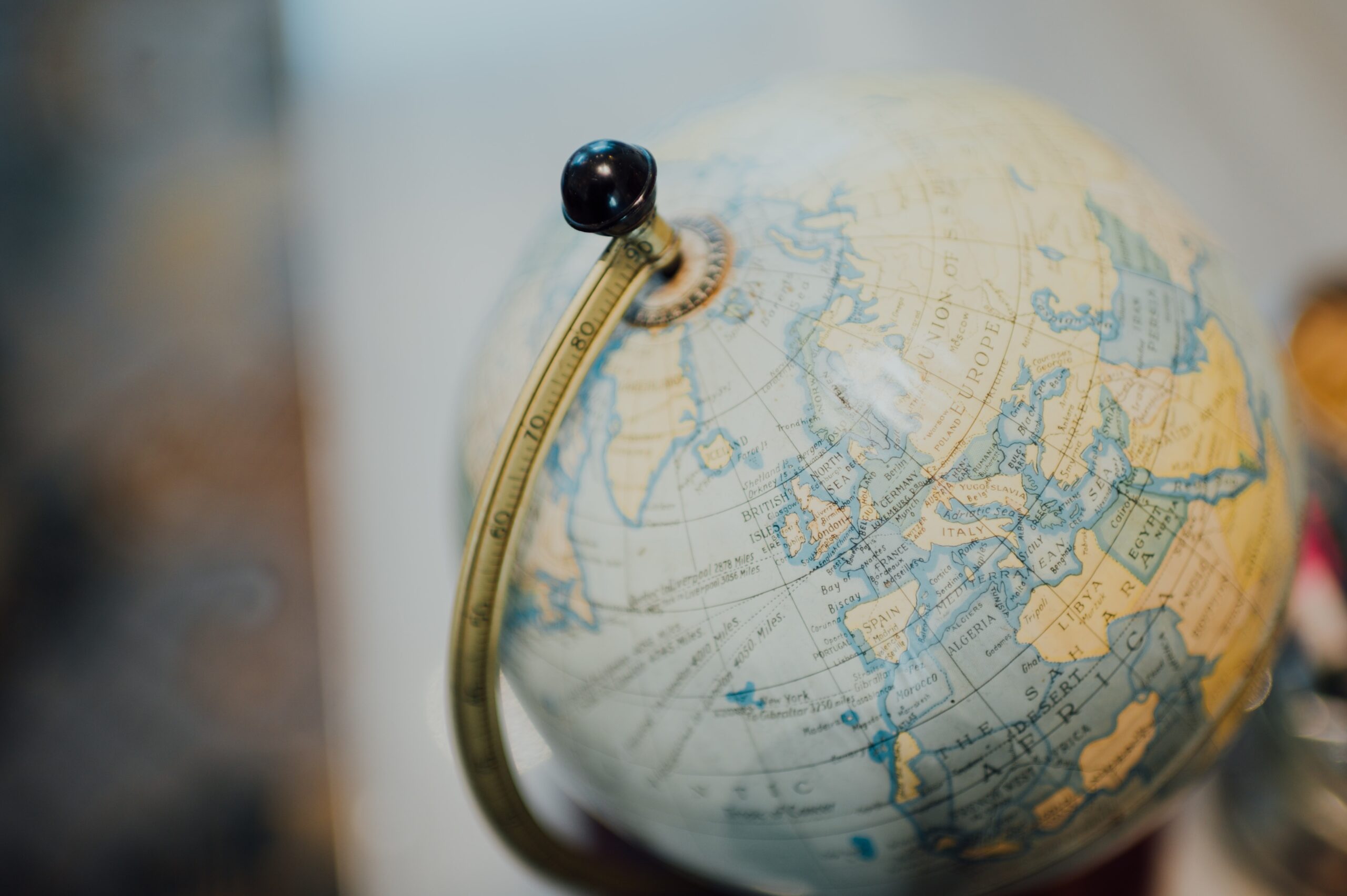 Sponsored Roaming: how it can support Mobile Operators and IoT Service Providers 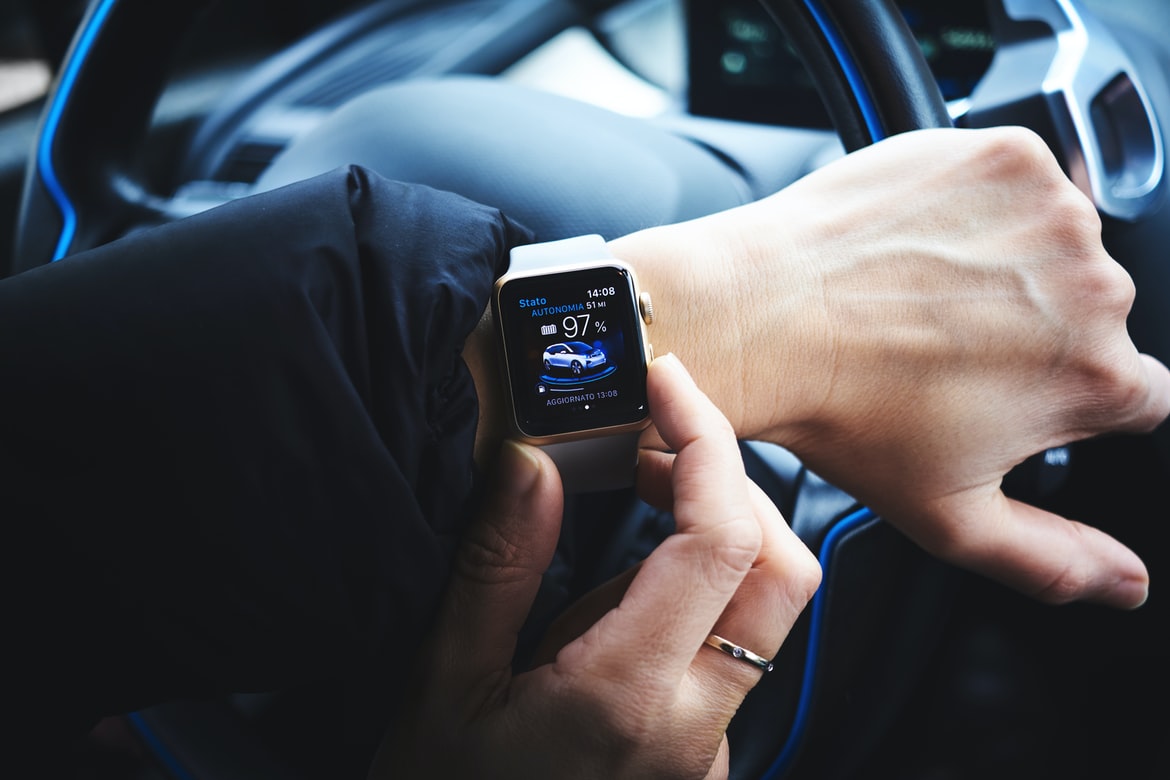 The rise of the machines: what M2M means for the roaming industry 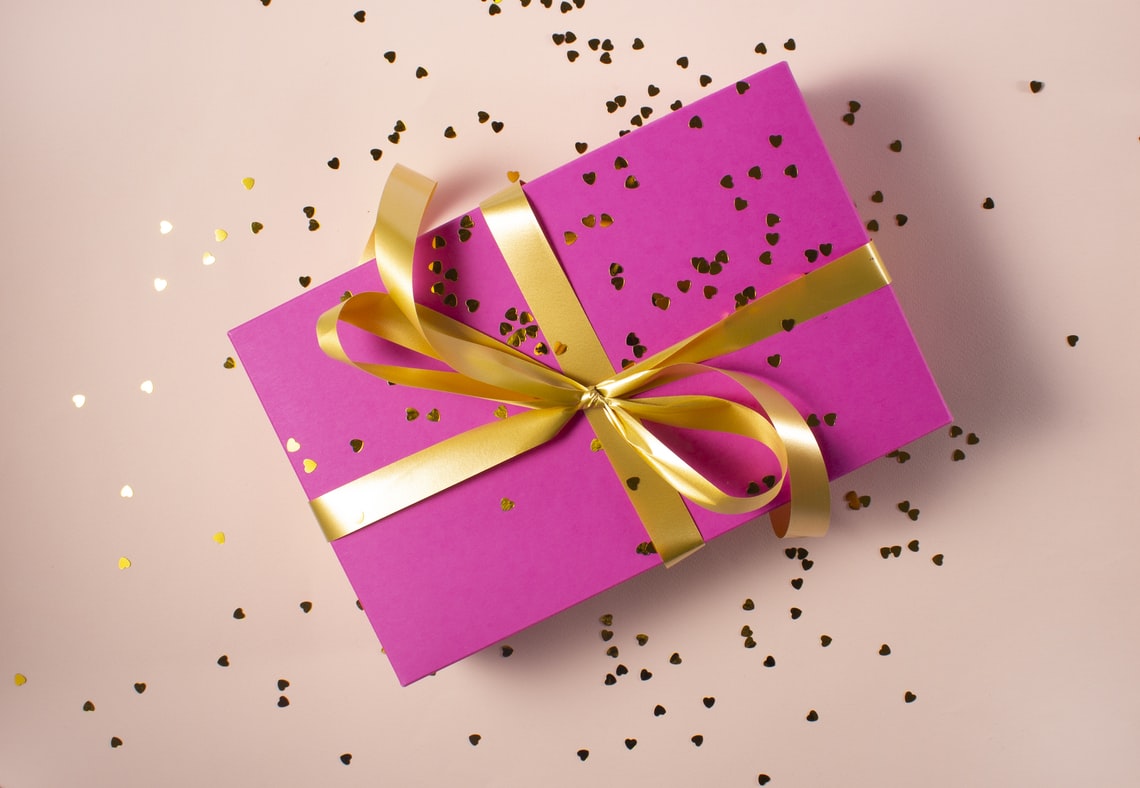 Goodies, giveaways and gifts: how to choose something that your customers will love